People say SEO is expensive.
They are wrong. 💯

Let’s be clear.
People who say SEO is expensive aren’t really saying that.
They’re saying, “I don’t want to invest in SEO.“

It’s a choice!
Choices are often based on feelings and opinions, not facts.

Unfortunately, almost everyone I’ve ever met who has said SEO is too expensive hasn’t had significant success with organic search. Because if they had, they would NEVER say such a thing.

Further, they usually prefer other forms of lead generation because they’re more predictable and comfortable – namely, paid search. Or, it’s a case where they need business “today” and simply don’t have the funds at the moment to reinvest.

The problem is, long-term, the math simply doesn’t add up. Paid search isn’t an “investment” because you’re not building anything by giving Google more money to pay for leads. And the longer you delay investing in organic search, the more dependent (addicted?) you’ll be on paid search.

You could argue that you’re building a network of clients and prospects by focusing on paid search. But let’s be honest. People aren’t loyal; they don’t have a shortage of options when needing an agent. And (hello?) people move away!

So, let’s stop saying someone is “investing” in their business by throwing tons of money into things that don’t build long-term value.
Paid search is an EXPENSE. It’s advertising – period.

Why PAY for clients?
Why not attract them instead?

Moreover, what about recruiting agents?
One day, your agents will be BEGGING you for leads. How will you produce them? Will you pay for those too?

Or, perhaps they’ll go to your competitor who started investing in SEO years ago.😭

Most leads will come from the internet – this isn’t news! And the number one method for attracting new clients and recruiting new agents outside your sphere is organic search marketing.

For those who stick with a well-thought-out plan for SEO growth, the opportunities are endless; those who have organic success (and the “assets” to show for it) know this to be true.

And the successful folks also know that search engine optimization is probably the CHEAPEST form of lead generation in the long term.

I know of some websites that now generate leads for pennies on the dollar. But they certainly didn’t get there overnight. The short-term pain is real. But the long-term gains are real too.

Not to mention, they now have a sellable asset potentially worth a few million.💰
What are your old Zillow leads worth? Zero.
Or, those old bulk mailers? Zero.

Many real estate agents who say SEO is expensive know other agents, team leaders, or brokerage owners who generate millions in revenue from their organic search visibility. As a service provider, I can understand why they may be somewhat critical of me, but are they going to argue with someone who produces millions per year in commissions from organic leads?

Back to the main point: SEO is (supposedly) expensive.

One BIG reason why some think this is because they are set up to fail from day one.

They may hire the wrong SEO expert. They may not hold their ISAs or agents accountable for follow-up. Or, they may not have systems to handle organic web leads or know how to talk to them beyond, “Let’s go look at houses,” because they don’t segment their leads.

Is SEO to blame in these cases?
Of course not!

SEO experts aren’t responsible for setting-up lead follow-up systems or ensuring that someone is cracking the whip behind the ISAs or agents. That responsibility rests with the real estate team or brokerage owner.

People say, “SEO is Expensive.”
In my experience, they’re excuse-makers – the quitters.

SEO is NOT expensive for those who stick with it, AND equally important, have the people and systems in place to follow up and CONVERT like a beast.

There are MANY more things in the real estate business that are much more expensive – some directly, but mostly indirectly.

Real estate is a business… not a hobby or job.
All businesses require long-term investment, or they (eventually) die.
Don’t be one of those!

Are you SERIOUS about long-term organic search growth?
Have you been in real estate for at least three years and already have dependable lead sources, income, and a small team of agents?
Click here, and let’s talk. 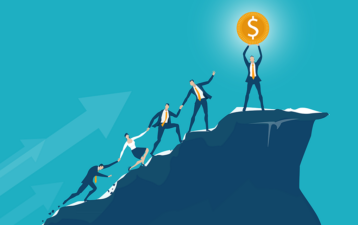 The Ideal SEO Client: A Win-Win Partnership for SEO Success

Are YOU leaving millions of dollars worth of commissions on the table? More on that later. As a successful real…

Working With the Right Real Estate Coach – Or Not

PREFACE: This article certainly isn’t a reflection of ALL real estate coaches. However, if you want to be sure that…

Google Helpful Content Update for Real Estate – What to Do?

Welcome to ANOTHER huge Google update in 2022! It’s only been six days since the new Google Helpful Content Update…